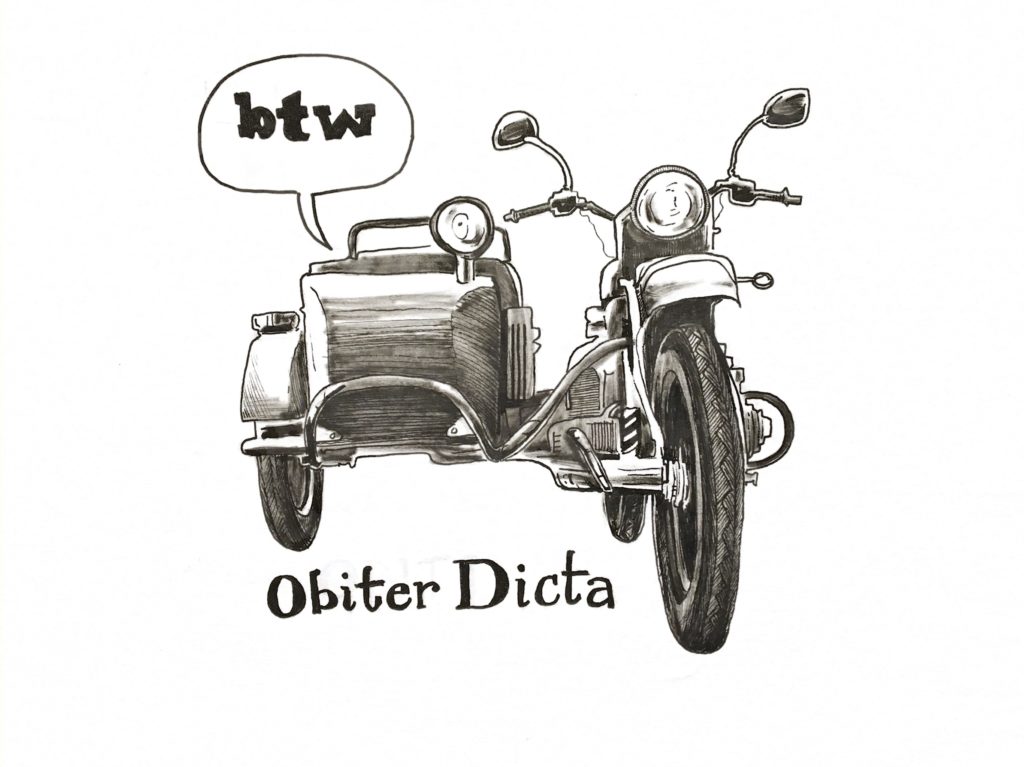 Back in 1971, a philosophy professor at MIT, Judith Jarvis Thomson penned (and it may well have started with a pen back in those days) “A Defense of Abortion,” and it’s shown up in virtually every social ethics anthology I’ve seen since then. She took the novel approach of granting, for the sake of argument, the personhood of the fetus, the typical point of contention.

She invited us to imagine waking up to a gravely ill violinist whom music lovers had attached to our kidneys. If we unplug the tubes, he dies.

She goes on to argue that we have no obligation to continue bedridden as a coerced lifesaver, and so, by extension, that a women has no duty to sustain the gestation of a baby imposed upon her by, say, rape. So it can be morally acceptable to pull the plug on the resident of the womb, even granting its personhood. Abortion enthusiasts took this as a green light for their cause even though the vast majority of pregnant women “hooked themselves up to the violinist” by their own choices.

Several years ago, I was thinking over a report from France that the 2003 heat wave had claimed 15,000 lives, many of the dead being elderly Parisiennes whose grown children left them in stifling urban quarters while they themselves vacationed on the Riviera. Consequently, some suggested that offspring be required legally to provide for the safety of their vulnerable parents, a practice not unknown in history, and, indeed, current in much of the world today.

To make a long story (or paper) short, I argued that these reasonable “filial responsibility” laws showed that one could have life-sustaining, sacrificial service foisted upon oneself by people whose dependency one did not choose, so the question was still open whether carrying an unwanted child to term was really that onerous.

I wrote it up and tried it on an audience at the Tennessee Philosophical Association, and then took something of a beating in the Q&A, with only one supportive voice (from a Christian college prof) to six or seven words of criticism or peevish bafflement. Some of the blowback merited more thinking, but I think that most of it was pretty dumb. I did the best I could, but at the end, I felt like I’d been rolled down a hill in a porta potty.

Afterwards, one prof confided sotto voce that she appreciated what I had to say, and then another offered a revelatory word of condolence, “What did you expect? You attacked the canon?” It had never occurred to me to speak of philosophical essays in this way, to suggest that there was “scripture” in our field. In fact, I’d told my students in seminary that, unlike biblical studies, philosophy had no inerrant, received texts and that we had to rely upon argument (e.g., reduction to absurdity; counter-analogy; precising definition) to make our case. We couldn’t just quote Plato or Hume or even C.S. Lewis as a trump card the way we could cite a passage in the Sermon on the Mount or Romans 9 to knock down heresy. All was in play.

This isn’t to say that all philosophical writings stand on equal footing and that there are no properly venerated passages. Of course, there are duly consequential selections, from Plato’s dismissal of “might makes right” thinking in the Republic to Aristotle’s placement of courage between foolhardiness and cowardice to Bishop Butler’s treatment of resentment to C.S. Pierce’s analysis of hardness in connection with scratchiness and scratchability – the list (or my list) goes on and on. But it’s another thing to think of a philosopher’s clinging devotionally to the writings of Hume, Heidegger, Quine, or, yes, Thomson, the way a Christian would cling devotionally to the gospels or Pauline epistles.

Nevertheless, I think the Tennessee philosophical brother was right. Thomson’s essay is chapter and verse for a naturalistic worldview of a popular sort, as is Hume’s dismissal of miracles and Rowe’s story of a fawn mortally wounded in a forest fire. (More on this later.) These put downs serve to insulate them from theism.

When Michael Behe argues for intelligent design, citing the “irreducible complexity” of the bacterial flagellum, they jump at any sort of might-have-happened alternative, such as the one Ian Musgrave offered with “ion pumps,” “protoflagellar filaments,” and “gliding-twitching motility.” (Cf. Thomas Kuhn and his paradigms, whose defense is not strictly rational.)

I’m not saying my critique of Thomson was bulletproof or even cream pie proof. I am saying that one does not advance such thoughts in an arena filled with dispassionate arbiters, but rather before a secular crowd inclined to, so to speak, “get bitter” and “cling to guns or religion or antipathy to people who aren’t like them,” to borrow an expression from our president.